Last weekend, few days lepas movie ni release kat Malaysia dapat jugak tengok movie the 5th Wave. Sebelum tengok movie ni, awal-awal lagi I dah baca buku. I purposely nak baca buku a month before the movie release so that all the story line is still fresh on my mind. So yes, while watching and after watching it I realize there were few good and bad things I would want to comment.

What is the 5th wave movie all about?

Firstly, I love the book. I never read a book in a fast pace like I read this book. The story line was so mind blown, the book highlighted it is about alien, but it’s not, it’s more than that. Imagine if an alien ship or I would call the ‘mothership’ come and landed on earth how would you react? Everything was normal before, but then, now you have to survive and protect your family.

The 1st wave come to warn you that ‘they’ have landed so they cut off all the electricity, everything went dark, all mobile phone went off, even the cars couldn’t start the engine. The second wave hit. Tsunamis. The 3rd wave, infection that would kill you. Will you survive that? You have to kill to survive, that is how bad 4th wave got. And lastly the 5th wave. The survivors who are captured by them, get to train on how to survive, later then the survivor realize they are not safe anymore.

The book is full with action, running, killing, the writer fill in with sweet love story that readers like me can be adapt to.

So how is the movie?

I give 4 over 5 stars. Not being bias. They captured the story well. The thing that I don’t like about the movie the didn’t show ‘Wonderland’. Why didn’t they show ‘Wonderland’?? Urgh. ‘Wonderland’ is the place where they kept a program where it is a technology supposedly stolen from the aliens that allows them to map out minds. This is when and how Vosch targeted Ben.

Second. Cassie and Evan scene. Too many things didn’t appear on the movie. If you love them, I assure you to go and read the book.

Who did Cassie killed with a gun from the opening scene? He is a soldier. Not a survivor like Cassie.

Kudos to the girl who played Ringer and oh yes Evan Walker you are a human shark.

Have you watch The 5th Wave Movie? 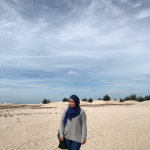